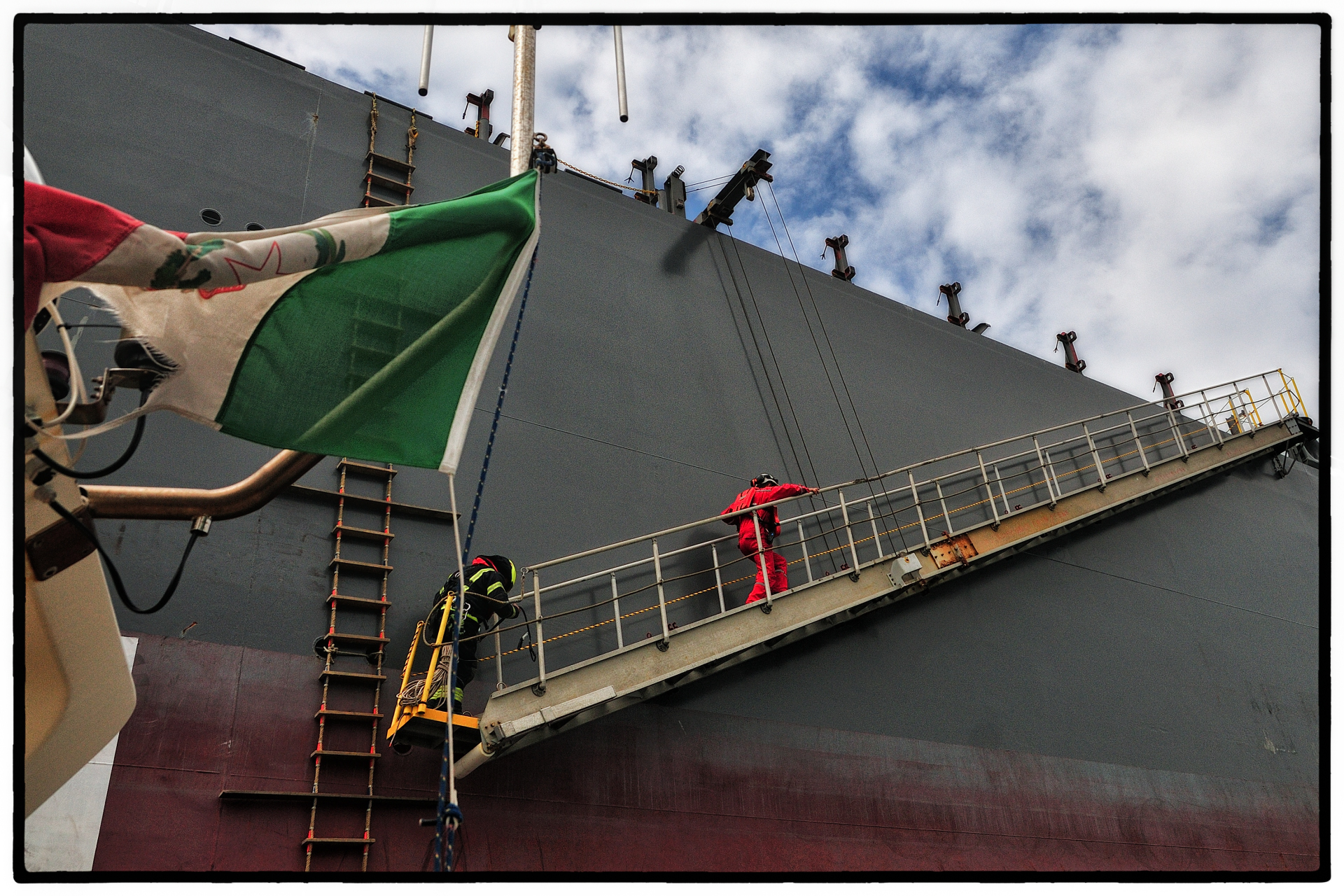 The NAMIRG team had the opportunity to participate in one of the exercises that the Trieste Maritime Directorate periodically organizes, and more precisely the one on the NORDLOTUS ship of last 7 May.
The exercise saw the involvement of all the bodies / authorities that could be interested in a fire of a ship in the gulf.
The exercise involved the collision of a RO-RO vessel, with the rudder damaged, with an oil tanker anchored in the roadstead, with a gash from a cistern, spill of about 50 m3 of crude oil into the sea and onto the deck of the ship, and subsequent fire .
Due to this collision 2 people were in the water and another 2 were missing in the technical rooms at the bow of the ship, blocked by the fire.
After having put in place all the procedures foreseen for this type of accident, the edge, given the impossibility of controlling the fire, asked for help from the Harbor Master's Office, which immediately activated to get the relief.
The fire response device was composed of 2 NAMIRG teams, each with 6 people, and a team from the VVF Command of Trieste, which were placed on RAFF 07 present at the nautical detachment and on a tug and a patrol boat of the CP, made available from the local Maritime Directorate.
The rest of the NAMIRG staff embarked on a second tugboat which participated in firefighting operations, thus being able to observe the exercise closely.
It was the first time that an Operation Commander has planned the operations of the NAMIRG team together with the on-board command, implementing what has been described in the Standard Operating Procedures, highlighting some small defects, but confirming the goodness of the general plant.
The operations involved the crew on board with the rescuers who had come to their aid, in the search and recovery of the missing.
The difficulties that we wanted to test are the transfer by boat / ladder on the ship and communications.
The first problem is difficult to resolve, so much so that some MIRG teams do not even consider this type of approach to the unsafe ship, while for communications it will be important to optimize traffic management.
... now we can't wait to check air transport ...!!!