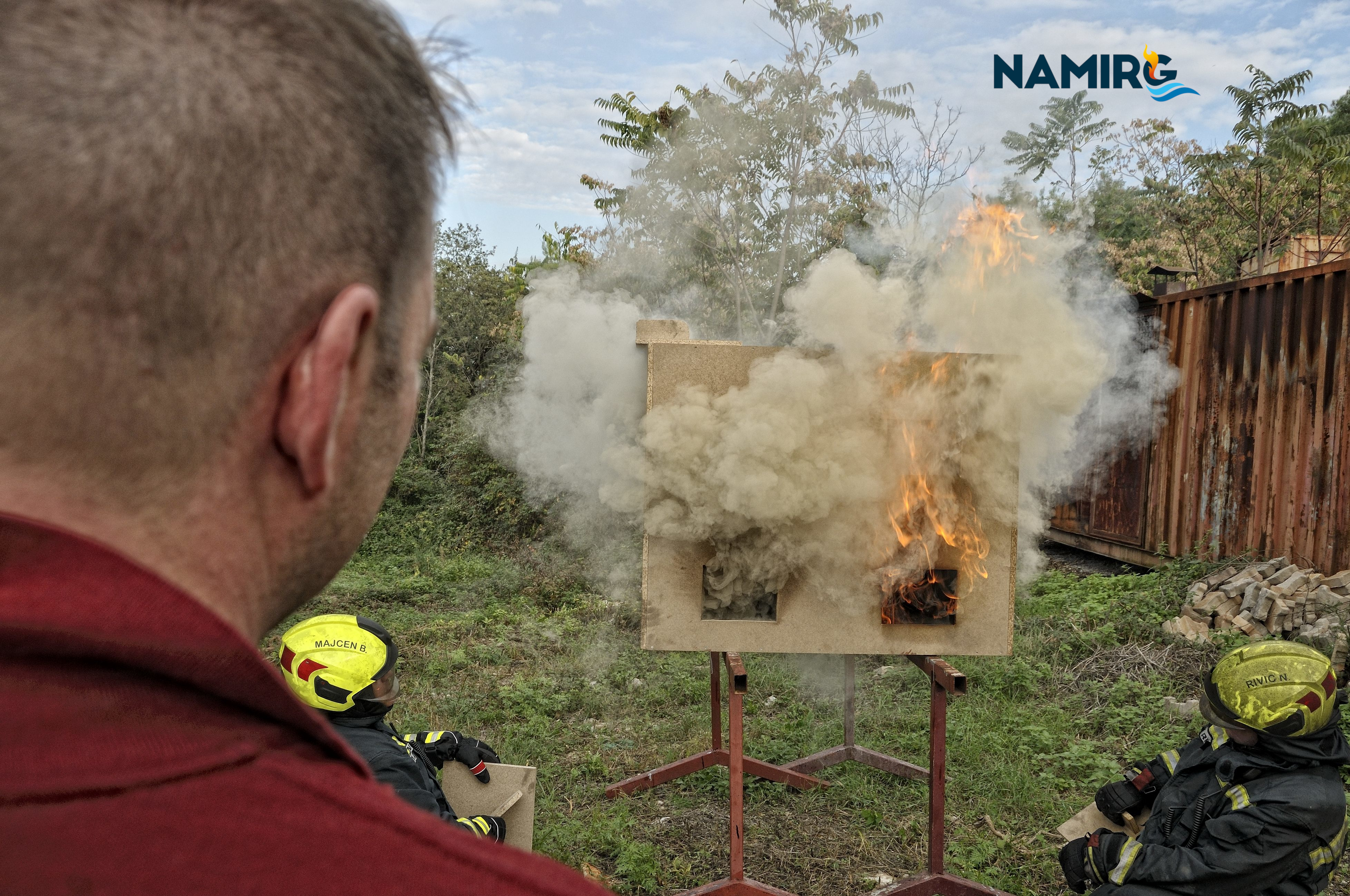 The II phase of the Hot Fire course (CFBT) for NAMIRG team operators, held on 18 and 19 October at the Rovinj training camp (HR), put in place a series of practical smoke control exercises of a fire inside a container, with relative homogenization of the operating procedures of the 3 countries participating in the project.

In addition to the exercises, the operators were able to attend a practical demonstration (carried out using a wooden model) on how a fire  develops and propagates and concerning the phenomena related to the ignition / explosion of the fumes based on the presence or absence of oxygen.

On the second day the participation was also extended to the Slovenian and Croatian partners creating 8 teams of 3 operators each, one for each country participating in the project, who exchanged on different operating scenarios, under the command of the 3 designated Team Leaders.

This was the first occasion in which those who will constitute the NAMIRG international intervention team met and worked together, the first stage of the training program in which this situation will be repeated several times.

The MBP 1175 took part in the exercise, with its experienced crew, who illustrated and subsequently demonstrated its fire-fighting potential.

Together with the operating structures, the initiative was attended by the highest authorities of the Civil Protection and Fire Services of the Istrian and Dalmatian Region, as well as representatives of the Navy, the Coast Guard and the Police, entities involved in various capacities for future operations of the NAMIRG team.