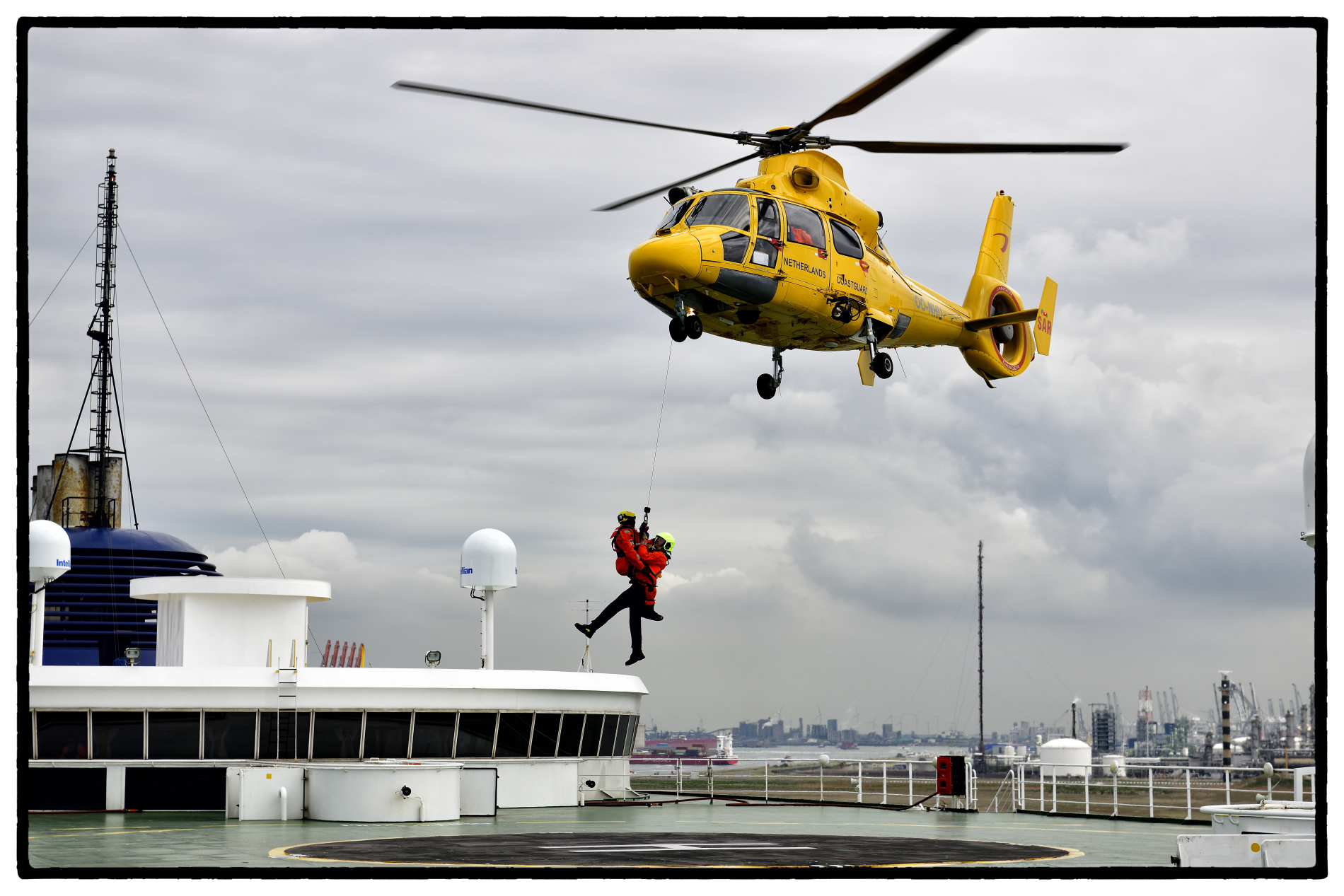 On May 25, 2019 a large-scale exercise was organized in Rotterdam, simulating a fire aboard a passenger ferry, to test the effectiveness of the national response device.
When the P&O "Pride of Hull" ferry, with about 500 passengers on board, makes a request for rescue by fire on board, the Coast Guard immediately activates the entire response mechanism provided in these cases and therefore also the MIRG.NL team
2 SAR helicopters start shuttling to transport the MIRG team aboard, taking the ship. As soon as they arrive on board the operators begin to put their SOPs into practice, collaborating with the crew on board in an attempt to contain the fire.
In the simulation the operations of containment of the fire do not give the desired results and then the evacuation of the passengers has been decided, using the means of rescue of the ship and the military helicopters and of the Coast Guard.
The situation worsens again and it has been therefore decided to evacuate the MIRG team as well.
This happened on the ship, while the entire emergency management took place on land, involving the Coast Guard and Safety Region operating rooms, the volunteers of the Royal Netherlands Sea Rescue Institution KNRM, the police, the military and all the bodies and the authorities involved in such a large accident. Such a complex exercise is scheduled every 5 years in the Netherlands. MIRG experts from various nations took part in the exercise, thus being able to verify the differences and similarities of the various systems in view of a possible common operational future.