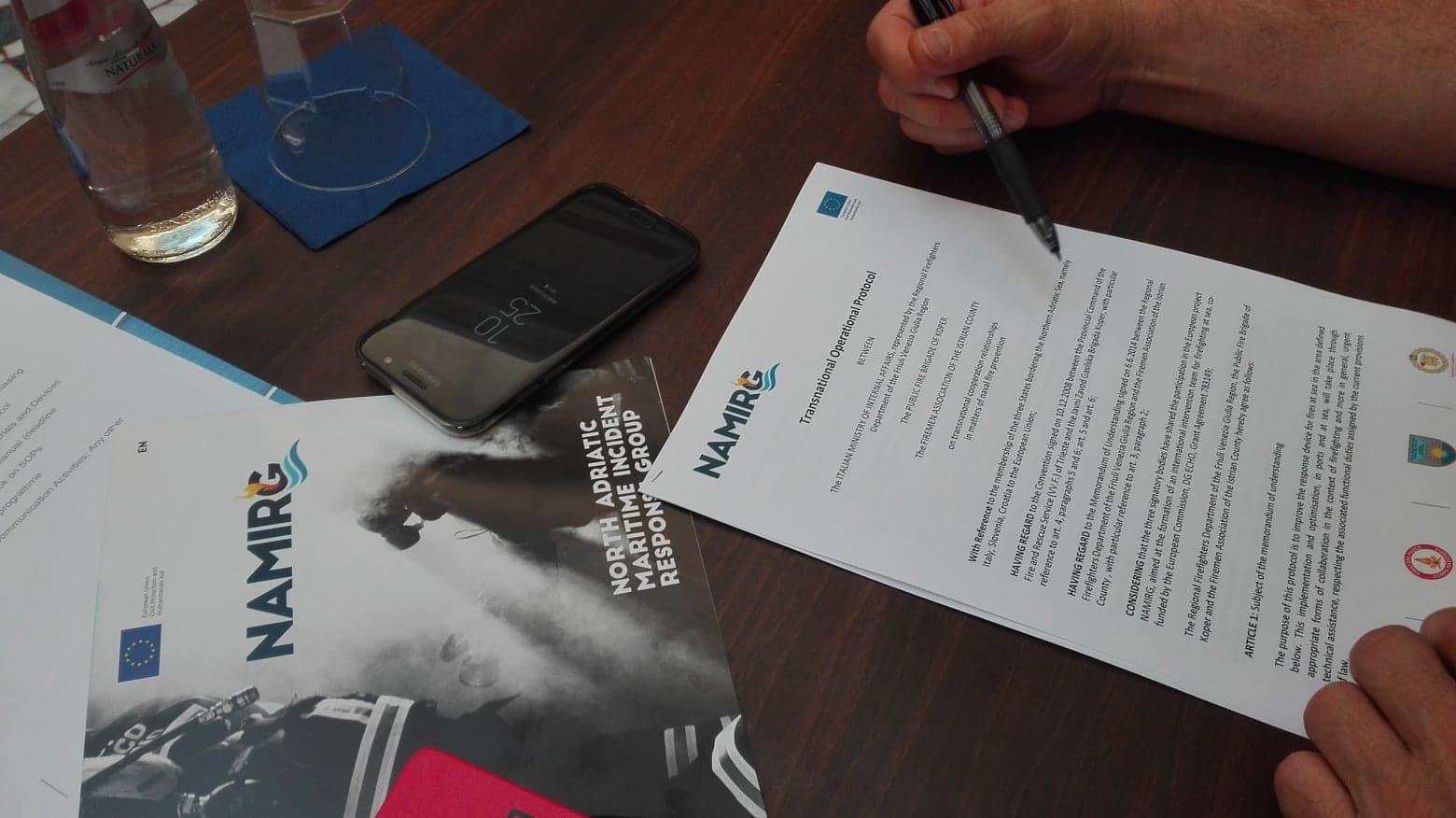 On 24July, the CEI Executive Secretariat (CEI-ES) hosted the 2nd Steering Committee meeting of the NAMIRG project (North Adriatic Maritime Incident Response Group), financed by DG ECHO. The CEI-ES in its capacity as Lead Partner, introduced the project’s state-of-the-art and gave an overview of the upcoming activities and deadlines to all participants. Afterwards, the fire brigades of the three European Countries involved signed the Transnational Operational Protocol  where they agree on a common procedure to fight against sea fires and urgent technical assistance within the identified Maritime area included in the northern Adriatic.

In order to provide the most efficient response in case of on board incidents, the MIRG team is currently focusing on elaborating detailed Guidelines for materials and devices to extinguish/contain on board fires, as these interventions require special equipment to be purchased or to be shared among countries.

During the meeting, the partners also discussed the conditions the trainees and trainers needed to meet within  the national team . To this end, by the end of the summer, 24 operators making up three national teams (8 each)  will be identified and a personnel-training manual will be drafted. Partners also discussed which  important stakeholders at regional level were to be involved and finally had the chance to discuss with the Lead Partner some critical issues regarding the administrative aspects and reporting process. The next meeting is envisaged to take place in September 2019 at the CEI premises.